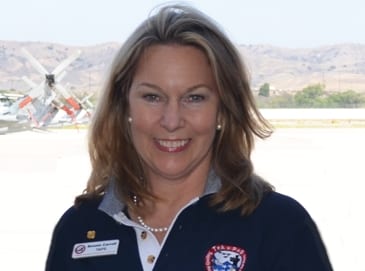 Telos® Corporation, a leading provider of cyber, cloud and enterprise security solutions for the world’s most security-conscious organizations, today announced that it has added Bonnie Carroll, President and Founder of the Tragedy Assistance Program for Survivors (TAPS) to its Board of Directors.

“I’ve been privileged to work alongside Bonnie through my involvement with TAPS and have witnessed firsthand her passion for helping others, a drive that has shown no sign of slowing over the years,” said John B. Wood, CEO and chairman, Telos. “We’re beyond honored to welcome Bonnie to our board, where her fearless leadership will prove invaluable to our future success.”

A recipient of the Presidential Medal of Freedom, Carroll is a military veteran and a former staffer in the Reagan and Bush Administrations. Following the death of her husband, Army Brig. Gen. Tom Carroll in 1992, she founded TAPS, the leading national military service organization that provides compassionate care, casework assistance, and emotional support for all those impacted by the death of a military loved one.

Carroll served in Baghdad, Iraq, as the Deputy Senior Advisor for Programs in the Ministry of Communications, where she managed the execution of a quarter-billion dollars in U.S. supplemental funds for the reconstruction of the telecommunications capability in Iraq, the modernization of the postal service, and creation of the Iraq Communications and Media Commission. Prior to that, she was appointed to be the White House Liaison for the Department of Veterans Affairs in Washington, D.C. Carroll retired as a Major in the Air Force Reserve following 30 years of service.

In addition to receiving the Zachary and Elizabeth Fisher Distinguished Civilian Humanitarian Award from the Department of Defense, Carroll has received the Community Heroes Award by the Military Officers Association of America; has been recognized by the Defense Department with the Office of the Secretary of Defense Medal for Exceptional Public Service; and has received the Army’s Outstanding Civilian Service Medal and the Navy’s Distinguished Public Service Award.

“The work that Telos does for government and commercial organizations is tremendously important,” said Carroll. “Telos has no shortage of inspiring leaders among its ranks and I’m pleased to lend my expertise to such an impressive organization.”

Carroll will fill the seat vacated by Lt. Gen. Charles (Chuck) Mahan, Jr. (USA, Ret.), who honorably served on the Telos board of directors for 14 years.

“We have been extremely fortunate to work with Gen. Mahan for over a decade,” said Wood. “His leadership and commitment to service are unwavering, and have helped guide Telos to where it is today.”