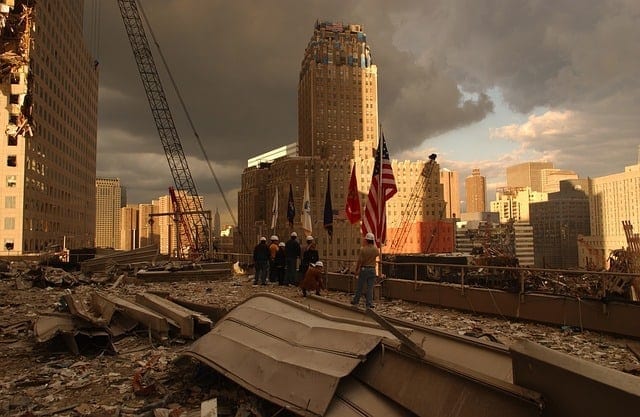 A white paper released by experts at the Cato Institute found that counterterrorism policy has had virtually no impact when it comes to reducing public fear about terrorism threats in the United States.

The paper, penned by John Mueller and Mark G. Stewart, found that while the crackdown on terrorism since 2001 could be expected to alleviate concerns it has not had any significant effect, and there has been no notable change in anxiety levels since 9/11.

While concerns spike immediately after a terrorist attack, the research found that they subside quickly in the subsequent months but never fall much further. For example, in the wake of 9/11, those who professed to be very or somewhat worried that they or a family member might become a victim of terrorism spiked up to 58 percent, and this declined to around 40 percent by the end of 2001, a level that has held ever since.

A similar pattern had occurred in another poll in which Americans were asked by Cornell University researchers if they feared that another terrorist attack would occur in the immediate or very near future, causing more lives to be lost. In the immediate aftermath of 9/11, 70 percent of those polled thought this was very likely, and this figure remained almost as high through 2013.

This pattern has prevailed when people were polled about whether or not they thought America was winning the war on terrorism over the last decade and a half. This figure remained the same in 2001, post-9/11 and at the start of the Afghan war, as it did a decade later after the capture of Osama bin Laden. As the paper points out, this is despite the fact that the increase in spending on domestic homeland security since 9/11 has totaled well over $1 trillion.

The report also found that public perception shifts about civil liberties were just as temporary. For example, in the wake of Edward Snowden’s revelations about data collection efforts of the National Security Agency, public opinion swayed toward believing the government had gone too far in intruding on privacy. This was a short-lived shift in opinion, though, as levels of belief that civil liberties are being lost has more recently shifted back to pre-Snowden levels.

The paper also found that while Americans claim that terrorism has had a major effect on how they live their lives when polled, this does not translate into any major notable impact. 9/11 has some impact, particularly on air travel and tourism, but property prices in New York and Washington continued upwards at the time. Since then, the impact of other terrorist events on the U.S. does not seem to have been very considerable — in a separate review, Todd Sandler and Walter Enders concluded that “for most economies, the economic consequences of terrorism are generally very modest and of a short-term nature.”

Despite this, the paper found that when polled, in 2016, 40 percent of the American public still say that they fear themselves or a member of their family becoming a victim of a terrorist attack. The actual odds of being killed by a terrorist in the U.S. since 2001 are actually around one in 50 million per year, staggeringly low compared to the one in 8,200 chance of being killed in an automobile crash.

The paper suggests several reasons for this fear. It states that the constant steady stream of smaller-scale attacks or attempted attacks in the U.S. since 2001 may be a contributory factor. It also suggests that the influx of noticeable security measures such as armed guards, high walls or barbed wire, while designed to make the public safer, might actual fuel anxiety about terrorist attacks. It cites the main factor for the lack of public erosion of fear, though, as being the specific nature of Islamic terrorism. “Special fear and anxiety have been stirred because Islamist terrorism is seen to be part of a large and hostile conspiracy that is international in scope and rather spooky,” says the report.

The report concludes by stating that although public anxiety about terrorism remains high, government officials should continue to expend counterterrorism resources carefully. “To be irrational with other people’s money, particularly where public safety is concerned, is irresponsible — a dereliction of duty that cannot be justified by political pressure, bureaucratic constraints, or immutable public anxieties.”

Read the report in full.