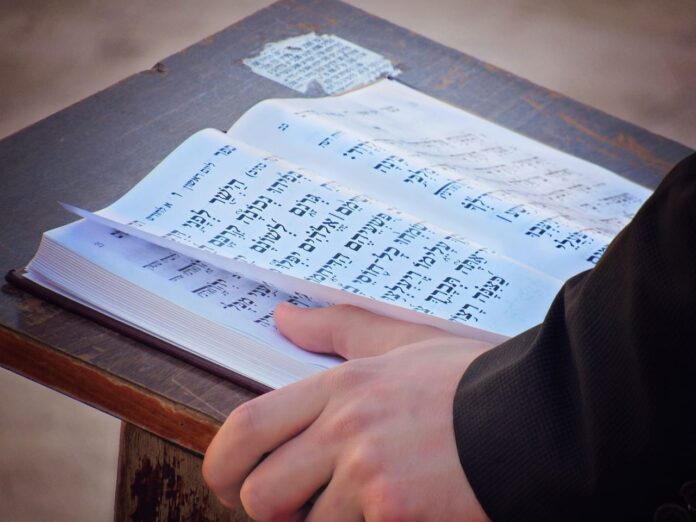 The Faith-Based Information Sharing and Analysis Organization (ISAO) has upgraded its internal threat level after Saturday’s attack on a San Diego County synagogue.

Lori Kaye, 60, was killed and three others, including Rabbi Yisroel Goldstein, 57, were wounded when a gunman opened fire during a service at Chabad of Poway to mark the last day of Passover. All of the injured have been discharged from the hospital.

Kaye stepped in front of the rabbi to shield him from further bullets, witnesses said.

“We believe he acted alone and without outside support in carrying out the attack. We are continuing to explore every investigative avenue to bring out all the facts in the case,” continued the statement.

The FB-ISAO, which provides threat assessments and risk-mitigation strategies to communities of all faiths and denominations, had the physical threat level for U.S. houses of worship at “guarded.”

In a Sunday message to members, that threat level was raised to “elevated.”

“FB-ISAO is unaware of any specific threats but there is concern that an attack is more likely than normal,” said the analysis organization, adding that their elevated threat level is expected to be maintained through the conclusion of Ramadan, which begins May 5 and runs for a month.

After the March 15 mosque attacks in Christchurch, New Zealand, the Department of Homeland Security’s Cybersecurity and Infrastructure Security Agency (CISA) reminded places of worship of the need for authorities and organizations to work together to help protect the faithful from similar massacres.

CISA Assistant Director for Infrastructure Security Brian Harrell sent a memo “with a heavy heart” to the FB-ISAO, stressing that the attacks stand as “a reminder that we face an uncertain threat environment that reaches even into the most holy of places.”

“The unthinkable terrorist attacks at the two mosques demonstrate the persistent pressures we face as a global society from individuals with radicalized ideology,” Harrell wrote. “The simple difference in how we worship can lead to significant risks to our families, our religious facilities, and our communities … I implore you to reflect on today’s attack, and determine how we can collectively better prepare for and mitigate the impacts of a similar incident here in the Homeland.”

Days before the Poway attack, CISA released an updated “Security of Soft Targets and Crowded Places—Resource Guide” to reflect recent attacks and help prepare stakeholders for a breadth of threats ranging from bombings or active shooters to drones.

A PasteBin link to a letter under Earnest’s name was posted just a couple of hours before the Poway attack to 8chan, the site where a pre-shooting announcement was posted by Brenton Tarrant, the man charged in the New Zealand mosque shootings. The Earnest letter says he was inspired to start planning the synagogue attack after Tarrant’s mosque attack. Accused Pittsburgh synagogue shooter Robert Bowers is also cited as an inspiration.

The manifesto full of anti-Semitic and racist language claims Earnest “scorched a mosque in Escondido with gasoline a week after Brenton Tarrant’s sacrifice and they never found shit on me”; he also claimed he painted “for Brenton Tarrant” in the parking lot and complained that the message wasn’t publicly reported. On March 24 at 3:15 a.m., an individual set fire and vandalized the Dar-ul-Arqam Mosque, also known as the Islamic Center of Escondido; several people were inside at the time of the fire, but no one was injured. The ATF and FBI have been offering a reward in the case.

San Diego County Sheriff William Gore said Saturday that Earnest had no prior arrest record in San Diego and that authorities are investigating his possible involvement in the mosque fire.

The Sheriff’s Office said Sunday several local, state and federal agencies have been interviewing witnesses and “also served several search warrants and processed the crime scene at the synagogue, as well as the suspect’s residence in San Diego and his vehicle.”

“The investigation is continuing as detectives process evidence and interview additional witnesses,” the statement added.

The San Diego office of the FBI said they’re conducting a federal investigation and are working closely with the Sheriff’s Office.