Analytic Reflection: Measuring the Attributes of Open and All-Source Intelligence 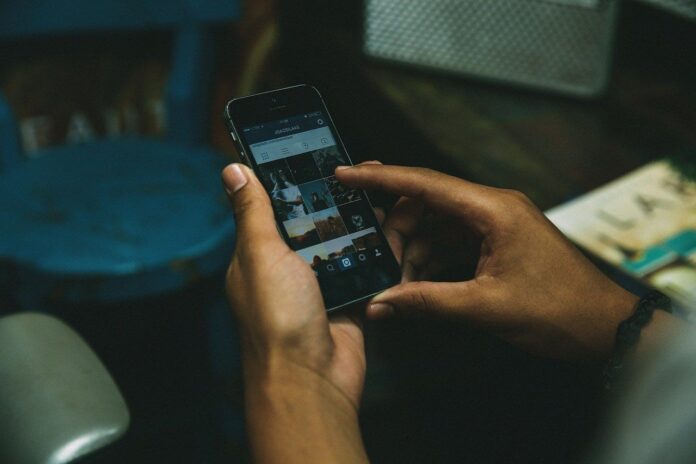 (U) On the analytic lines of the ICA, the Committee concludes that all…analytic lines are supported with all-source intelligence, although with varying substantiation. The Committee did not discover any significant analytic tradecraft issues in the preparation or final presentation of the ICA.

Since the COVID-19 pandemic has forced some members of the U.S. Intelligence Community (IC) to change the nature of their work into a more open environment, it is an opportune time to not only learn how to operate therein, but better determine the true attributes of open source information in a more reflective manner. This valuable exercise could directly meet a suggestion posed in the 2007 Congressional Research Service (CRS) Report for Congress titled “Open Source Intelligence (OSINT): Issues for Congress,” and mimic the same progression that occurs across every other type of intelligence to this day.

There are some that believe that open source information, a key and expanding source of intelligence used significantly by its officers for decades, is now the preeminent type of information we should exclusively gravitate toward as professionals. It is not and should be carefully tested instead as an integral piece on a larger chessboard. Open source is easily the most voluminous and accessible type of information available, but it is also becoming the most corruptible and misleading as a result.

Simultaneously, all-source intelligence – of which open source is a component – and the appropriate (evolutionary) application of analytic tradecraft therein, seems more significant now than ever before. This importance was explicitly reinforced this year in the fourth U.S. Senate Select Committee on Intelligence report in the committee’s bipartisan Russia 2016 presidential election interference investigation, and is referenced throughout this article.

What’s in a Source? An Analytic Review

All-source analysis is the fusion of multiple sources of intelligence, each serving as a form of evidence, used to build a claim reached by a process of reasoning. Analysts will often use different types of intelligence to test a hypothesis for weaknesses, knowing full well their conclusions are rarely flawless, and their sources perfectly reliable. Good all-source intelligence analysts fundamentally realize the strengths and weaknesses of each of their collected sources of information, or intelligence. Every “-INT” has them, which is why “all-source” analysis is so imperative.

(U) The analytic line on “new normal” serves as both prediction and warning, and the Committee notes that IC and open source reporting has revealed much evidence to reinforce the IC’s 2016 assessments.

Open source information, and its exclusive use, embodies a true juxtaposition therein. Public sources and social feeds are becoming easier to access, expansive in volume, and better tagged for discovery. They also serve as timely information sources that allow more rapid response to a diversity of requirements. This is incredibly valuable in areas where there are gaps in collection feeds from other platforms and serves as a signal to quickly modify priorities. Some are even gaining their own sub-categories as types of “intelligence,” including financial, cultural, economic, and most recently, health information. More importantly, open source intelligence (OSINT) – appropriately collected and exploited from public sources – can be used to gain a variety of digital material but often suffers from our initial inability to determine the true originator of the data, and the purpose of its dissemination.

As we’ve observed, many forms are easy to manipulate and aggregate to the masses with a mere touch of a button. China’s recent COVID-19 misinformation campaign, and the Russians infamous use of Twitter bots to meet their strategic objectives leading up to the 2016 U.S. presidential election, are modern examples. The 2016 the Cambridge Analytica scandal further cements the notion that accessible “big data” is easy to influence and weaponize against large targets. In 2019, it was uncovered that academic journals in Russia are retracting more than 800 papers following a probe into unethical publication practices. Trusting the information is not a simple task, which is why incorporating corroborating information using different types is so important. Distinguishing between accurate sources of public information and manipulated ones is very challenging. This exacerbates the intelligence ecosystem with an influx of more bad information than good.

One of the recommendations in the keystone 2007 CRS Open Source Report included a “request for an alternative analysis of a specified topic solely based on open sources in order to compare it with all-source analysis.” Unfortunately for most, the pandemic crisis creates an incredible opportunity for the U.S. intelligence community to execute this exact recommendation in a more comprehensive manner.

U.S. intelligence officers are currently mobilized to support operations while teleworking, and on shifts in their standard secure analytic environment. The significant increase in open source analysis in the near term is creating a perfect opportunity to test it independently as a standalone analytic product, and/or as a component of all-source intelligence, and compare the two. Intelligence Community Directive 203, describing the U.S. IC’s Analytic Tradecraft Standards, explicitly references the significance of incorporating analysis of alternatives in a systemic manner. This is clearly a unique way to execute that guidance. Are the conclusions and confidence levels similar or different, and what are the underlying reasons for any differences?

(U) Open source collection is a long-standing discipline for CIA and other elements of the IC, and open source reporting is used throughout the ICA to support specific analytic assertions.

As a result, some, but not all agencies have evaluated the strengths and weaknesses therein. Additionally, many formalize complementary classified products buttressed by intelligence sources with equal or greater analytic fidelity to serve a variety of customers and improve confidence in their final claim. No example better exemplifies this trend than the well-publicized National Intelligence Council 2017 unclassified and classified Intelligence Community Assessment (ICA) summarizing intelligence concerning the 2016 election.

(U) The Committee found that the ICA provided a range of all-source reporting to support these assessments.

Regardless, open source information – like other -INTs – must be handled and managed carefully by the U.S. intelligence community to enforce the right protocols for its use, and to uphold legal standards for oversight and accountability, something far less observable in private institutions.

Following the end of the Cold War and based on a perceived change in the threat environment, there was a reduction in resources for HUMINT operators, resulting in fewer agents and stations. Ironically, the Central Intelligence Agency almost lost their open source capabilities – the Foreign Broadcast Information Services (FBIS) – when Congress cut the budgets of most IC organizations. With less HUMINT reporting, the IC inherently relied more on other sources of intelligence to maintain situational awareness and produce finished intelligence for its customers.

In this case, SIGINT – according to the 2002 House Permanent Select Committee on Intelligence on Counterterrorism Intelligence Capabilities and Performance Prior to 9-11 report – in combination with imagery intelligence (IMINT) made up a preponderance of intelligence fused into analytic products. The result, following the intelligence failure leading up to the catastrophic events of 9-11, included a recommendation ensuring better global coverage capability for clandestine human intelligence collection and analysis. Albeit a small sample, examples like this serve as an important warning about source exclusivity, and the dangers therein. History is rife with them. Compare today’s collection to the U.S. SIGINT coverage during the 1950s, which was considered so poor that the period was referred to as “the dark ages for communications intelligence.”

In Conclusion – Credibility and Feedback as a Key

The credibility of an analyst will forever be compromised when they realize incorporated information in finished intelligence is deemed false later, despite other sources available that invalidate one source’s integrity. The Intelligence Community still treats “Curveball” as an unholy term, and learned a painful but vital lesson from his duplicitous exposure during Operation Iraqi Freedom. Ultimately, the United Nations weapons inspectors proved to have the most accurate source of information regarding Iraq’s alleged Weapons of Mass Destruction program. Ethos, or character appeal, still serves as an important type of appeal in finished intelligence, and must be maintained to ethically persuade an audience.

The U.S. Senate Select Committee on Intelligence’s bipartisan Russian election interference investigation culminated into something the U.S. intelligence community craves most from their customers – feedback. In this case, the committee evaluated a finished intelligence product along the lines of analytic tradecraft and integrity, and provided objective conclusions detailing the importance and application of open source and all-source intelligence. In combination with the request for alternative analysis found in the 2007 CRS OSINT report, and challenges we face during the pandemic crisis, the IC now has a clearer pathway to improve their performance in a more reflective way.

The views expressed are the author’s alone and do not represent the official policy or position of the National Intelligence University, the Department of Defense or any of its components, or the U.S. Government.

Brian Holmes
Dr. Brian Holmes is the Dean of the School of Science and Technology Intelligence at the National Intelligence University in Bethesda, Md. Dr. Holmes served as an all-source intelligence analyst and Branch Chief in the Defense Intelligence Agencies’ (DIA) Counterproliferation Support Office from 2006-2010 before accepting a managerial position in the Directorate for Analysis’ Staff Operations Division. He was a Direct Commission intelligence officer in the U.S. Navy Reserve, serving from 2007-2011 and reached the rank of Lieutenant (O-3). For three years he supported the Afghanistan-Pakistan Task Force as an all-source intelligence analyst in DIA’s Directorate for Intelligence (J2). From 2012-2016, Dr. Holmes chaired the Emerging and Disruptive Technology, Geostrategic Resources and Environment, and Weapons of Mass Destruction concentrations in the School. He serves as an executive representative to the Scientific and Technical Intelligence Committee (STIC) under the auspices of the National Intelligence Council, and directly supports Intelligence Community Directive 204 (National Intelligence Priorities Framework). He primarily focuses his research on dual use technologies, and the translation of emerging research and development into advanced materials for military systems. From 2016-2017, Dr. Holmes served as the Associate Dean of the School of Science and Technology Intelligence.