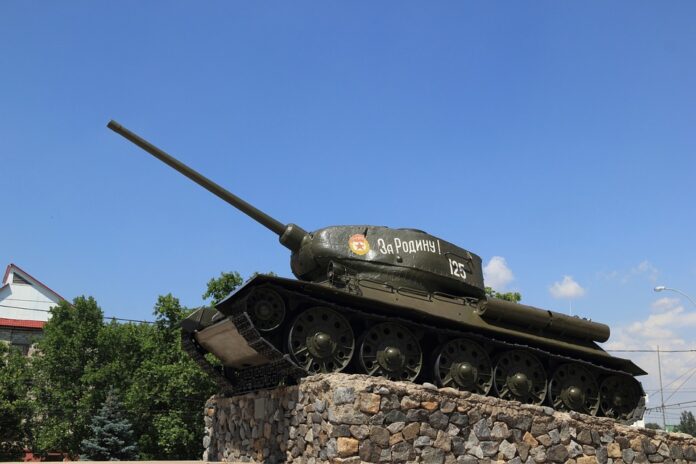 Russia’s invasion of Ukraine threatens to have major consequences for many of Ukraine’s neighbors. Dorina Baltag writes for European Politics and Policy blog at the London School of Economics and Political Science on the potential implications for Moldova, where the presence of Russian troops in the breakaway region of Transnistria provides cause for concern.

History tends to repeat itself: in 1992 we experienced the war in Transnistria, in 2008 the war in Georgia, the war in Donbas and the annexation of Crimea in 2014, and since 24 February, we have witnessed Russia’s invasion of a sovereign and independent state, Ukraine. This aggression marks the beginning of the end of the world order as we have known it so far.

Putin’s speech announcing military action invoked the goals of demilitarizing and denazifying Ukraine. He blamed the Ukrainian authorities for genocidal attacks on the Russian people in eastern Ukraine, which served as justification for the invasion of the country. The Russian President’s growing obsession with Ukraine has developed over many years. He has consistently denied the existence of Ukrainians as an independent people separate from Russia. But Putin’s real constraint is geopolitical: Russia’s place in the future global order. The way the conflict develops will have important implications not only for Ukraine, but also for its neighbors, not least Moldova.

Although Putin officially says that he does not envisage the military occupation of Ukraine, only its disarmament and the removal of its leaders, a (rhetorical) question must be asked: how can a pro-Russian leader be installed in Ukraine without the Russian army controlling much of Ukraine?

In addition to his clearly imperialist desire to control Ukraine militarily, Putin aims to apply a method that he has applied in other separatist regions – the creation of local militias, which will take a political form supported by Russia. By ‘flanking’ from Ukraine’s weakest points – Crimea and the northern border with Belarus – this strategy could give Russia the option to control eastern Ukraine, including its coastline, reducing western Ukraine to a vassal state. Put simply, Putin’s vision of ‘Novorossiya’ (New Russia) will be built on Ukraine’s dismemberment.

The Republic of Moldova, which today hosts some 70,000 Ukrainian refugees, is a former Soviet Union country with a pro-EU political orientation. The country’s leadership immediately condemned Russia’s actions as a grave violation of international law. The invasion has prompted heightened concerns in Moldova not only over the humanitarian situation in relation to refugees, but also due to Transnistria, the Russian-backed breakaway region on the southwestern border of Ukraine.

Although the conflict over Transnistria is considered to be ‘frozen’, the territory on the left bank of the Dniester river hosts Russian troops and the region is not controlled by the Moldovan authorities in Chisinau. Transnistria is also home to the village of Cobasna, where the largest ammunition depot in Eastern Europe is located.

Putin’s actions have made clear that the annexation of Crimea was simply the first stage of his Novorossiya project. The next targets include the Ukrainian cities of Donetsk, Luhansk, Kharkiv, Dnipro, Zaporizhia, Kherson, Mykolaiv, and Odessa. Putin would no doubt like to ultimately link the Donbas region and the Transnistrian region through Kherson, Mykolaiv and Odessa.

If a puppet regime is installed in Ukraine, then the domino effect would be felt in Moldova. Putin would essentially dominate the entire northern coast of the Black Sea and control a vast territory, stretching from the current western borders of Russia to the borders of Romania and Moldova, through Transnistria, which is already conveniently located for Russia. It is for good reason that politicians in the Moldovan capital are now watching anxiously to see how the conflict develops.

European solidarity: too little, too late?

While photos of buildings in European capitals illuminated in yellow-blue colors were going viral on social media in some parts of the world, those studying EU-Russia relations and the post-Soviet space would have been forgiven for expressing some skepticism. In reality, there was a delayed response from Ukraine’s key European partners. Only when missiles were fired from Russian planes flying over Kyiv and when troops had crossed the Ukrainian border did EU leaders agree to stop supplying Russia with aircraft components and other key materials.

Russian companies have been able to count on spare parts, oil products and other important supplies from Europe long enough to prepare for this attack on Ukraine. This is despite Ukraine urging its European partners to sanction Russia preventively (and not post-factum, as happened), when destabilizing actions were already being conducted. During this period, the response of EU leaders was limited to a diplomatic discourse expressing their political will to apply sanctions.

The sanctions that have now been implemented are truly unprecedented for the EU. They also rank as the most severe sanctions put in place by the United States and the United Kingdom. But Germany and Italy’s refusal to ban Russia from the international Swift payment system demonstrates the geopolitical vulnerability of two founding EU member states and their economic dependence on Russia. Both have shown reluctance to take this step as it would jeopardize Russian gas supplies.

Moreover, according to Bloomberg, in the days leading up to the war (when Russia recognised the separatist regions of Donetsk and Luhansk), the EU, Britain and the United States bought a total of 3.5 million barrels of Russian oil and refined products, worth over $350 million. The same source indicates the purchase of another $250 million of Russian natural gas, plus tens of millions of dollars of aluminum, coal, nickel, titanium, gold and other goods. In all, the bill probably exceeded $700 million. Europe is now alive to the threat posed by Putin, but those in Ukraine – and Moldova – have been left wondering whether this will be too late to make a difference.

Read the article with citations at the London School of Economics