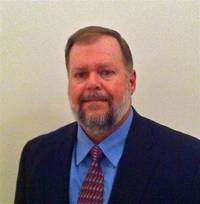 Across the country, the use of body cameras by law enforcement has rapidly moved from an idea under consideration as a pilot-or-proof of concept, to a tactic in practice— and with good reason. The International Association of Chiefs of Police (IACP) has noted that body worn cameras (BWCs) can help increase officer safety and reducing complaints against officers. BWCs can also reduce court time and the prosecutor’s burden, provide video evidence for use in internal investigations, help improve internal training, reduce liability and frivolous lawsuits, and increase the likelihood of successful prosecution. Body camera usage reached a tipping point following a series of high-profile police-involved incidences in Ferguson, Missouri and Baltimore, Maryland, resulting in a large public reaction and a surge of law enforcement agencies making the decision to outfit their officers with cameras.

While the practice of using BWCs has increased, the policies surrounding their use have been lagging. The Urban Institute recently produced a series of maps illustrating BWC policies across the country. These maps showed that, police departments vary widely in their policies for BWC usage. In some cases, local law enforcement agencies have developed policies that may or may not align with state statute; and in others, state legislatures are scrambling to draft legislations setting policies for cameras already in use.

In implementing BWCs, law enforcement agencies should work to have policies in place from the beginning, rather than creating policy as an afterthought. Proper policies must be set around not only the use of the camera, but even more importantly, the handling of the video which is captured. Many law enforcement agencies have discovered that the camera portion of a BWC program is relatively simple, inexpensive, and easy to obtain. However, the unexpected stumbling block is the less visible part of the program: the data storage. In order for BWCs to deliver on their full potential, local law enforcement agencies must grapple with a substantial increase in the amount of video data that needs to be processed, stored and accessed for both internal and external use. Storing vast quantities of data produced by hundreds of hours of video footage taken each week presents enormous technological and financial challenges.

Setting the proper controls and policies today can help police departments lay the groundwork for a smooth system going forward. Every law enforcement agency needs to carefully consider how they will use this footage and how they will store and protect it. Here are the top things to consider when determining your agency’s policies around body camera video:

Estimations of how much video data each body camera will produce vary wildly, with some estimates as high as 160 hours of video data per officer, per month. It’s important to understand and test just how much video data a BWC will produce per hour in your environment. Successful implementations range from 792Mbytes per hour to over 2.5GBytes per hour. Bearing in mind that best practices often state that officers should only engage the camera to record public interactions with citizens, those interactions would result in approximately 1.75 to 3 hours of video data recorded per shift. A single small or midsize law enforcement agency can produce hundreds or even thousands of hours of video footage in a single week.

The Chula Vista Police Department located in California found that a 30-minute video took about 800MB of storage space. Equipping each of its 200 officers with cameras might generate as much as 33TB of data annually. Bigger municipalities have an even greater challenge. Oakland, California, for example, has 600 officers who are equipped with BWCs that generate 7TB of data per month—the equivalent of 1,500 feature films.

Advanced technology means that cameras are getting less costly to acquire and provision, and that they provide more usable images to apprehend lawbreakers. As a result, agencies are deploying more cameras and are generating significant volumes of data. However, better video resolution, such as HDTV and megapixel cameras, and higher frame rates mean that the volume of video data can easily be greater than the capacity and performance capabilities of a storage infrastructure that was designed for traditional operational needs and not for video data storage.

Most law enforcement agencies hold the individual officer responsible for downloading the video data at the end of the shift. Some law enforcement agencies will decide to treat all video downloads the same, regardless of what the video might have captured during the officer’s term of duty. Other agencies will put more stringent guidelines in place for footage that is likely to contain images of a serious incident. When it comes to establishing agency policy, clear criteria should be established as to who is responsible for physically taking possession of the camera and downloading the video to the storage system. In the past, police departments have traditionally saved videos on CDs or DVDs that are treated as any other piece of evidence would be treated and stored in the police department’s evidence room; however, those videos were largely surveillance or security videos. Today’s rapidly growing use of BWCs has resulted in much more data, and the images and the circumstances under which they were captured within determine how that video will be stored and retained.

Once the video files have been retrieved from the camera and downloaded into some sort of evidence management system, law enforcement agencies must consider how to store all of the additional video data. In most cases, routine non-evidentiary video data can be subject to shorter retention times. Most daily footage used for management will be non-evidentiary videos that will play no part in an investigation or prosecution. Videos from these encounters, such as aiding a stranded motorist, will not require long- term storage. Evidentiary footage will need to be stored for longer times, and will often have to adhere to more stringent regulations affecting compliance and restricted access, making on premises storage a more viable and potentially more affordable option.

All evidence management solutions should meet the policy requirements of the FBI’s Criminal Justice Information Services (CJIS) regulations, which governs law enforcement agencies’ policies to collect and store criminal justice data. CJIS regulations do allow for third parties to provide services for CJIS data for the end user agency i.e Cloud Data Storage. While the cloud can be a perfect solution for some types of data, CJIS data has requirements that lead many police departments to hesitate to put their evidentiary footage into a shared cloud environment. The end user agency is still responsible for the duty of care for the CJIS data throughout its lifecycle no matter who processes and stores that data. Some agencies doubt the secure nature of even an encrypted cloud that is not private and under their direct control.

Many cloud data management solutions do not even meet CJIS certification standards, which ensure protection for the full lifecycle of CJIS data whether it is at rest or in transit. The policy provides guidance for the creation, viewing, modification, transmission, dissemination, storage, and destruction of CJIS data. Law enforcement agencies would be well served to ensure that their cloud evidence management system is CJIS certified. Bear in mind, that the use of third-party storage providers does not relieve agencies of their CJIS data protection responsibilities. Each jurisdiction is still accountable for any third parties’ CJIS data governance, auditability, inspection and compliance, often making it very difficult to manage risk and to accurately predict recurring costs.

Evidentiary videos should be separated according to the rules of evidence. The videos surrounding minor infractions, such as routine traffic tickets, do not have to be retained as long as the video from more serious situations, such as on-going investigations or a serious offense like a homicide. This variation in retention times equates to significant cost differentials. Many agencies may also assign a shorter storage retention time for such videos—with the most common retention time for non-evidentiary video for management use between 30 to 90 days–significantly reducing data storage costs. However, again, policies vary widely: the Oakland Police Department retains video for five years. If a video becomes evidence in a court case, the retention requirements can be even longer. Studies have shown that on average less than six percent of stored video is actually used for evidentiary purposes and subjected to long-term evidence storage requirements.

When it comes to measuring the impact of body worn cameras, law enforcement agencies are really only at the beginning of harnessing a technology with tremendous reach. The potential future benefits of BWC video data are even greater than they are today. Forward-looking agencies have plans to put video data to use to help study patterns of behavior, train police officers, establish better relationships with citizens, and possibly to prevent crimes. As state and local governments look to develop their body camera policies, they need to be sure to look beyond the use of the cameras themselves and keep an eye toward defining the parameters for the storage and disposal of all of the video data. Only then, will body cameras be able to live up to their full potential to make us all safer.

Read more about body worn camera technology in the upcoming May 2016 issue of Homeland Security Today.