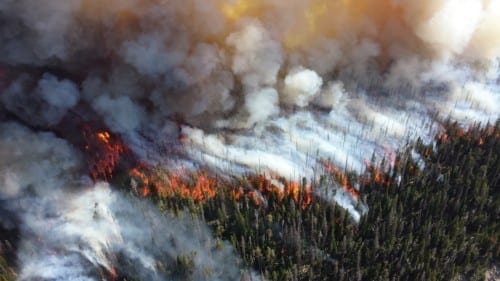 The Interior Department is spotting fires and plans to quell avalanches with its new flock of unmanned aerial vehicles cast off by the Defense Department, Federal Times reported Feb. 9.

“We got some of these drones still in the shrink-wrap from the manufacturer because DoD had already moved on to the next one,” Mark Bathrick, director of the Interior Office of Aviation Services, told Federal Times.

Drones go into unsafe situations ahead, and some times in place, of staff, Bathrick said, improving safety and savings. Last year, drone operators spotted a secondary wildfire, preventing as much as $50 million in infrastructure damage, he said.

Interior now plans to use UAVs to analyze avalanches and drop explosives to clear the snow from the air so park rangers don’t need to do it close-up on the ground.