PERSPECTIVE: Why There’s Nothing Far-Fetched About a ‘Space Force’ 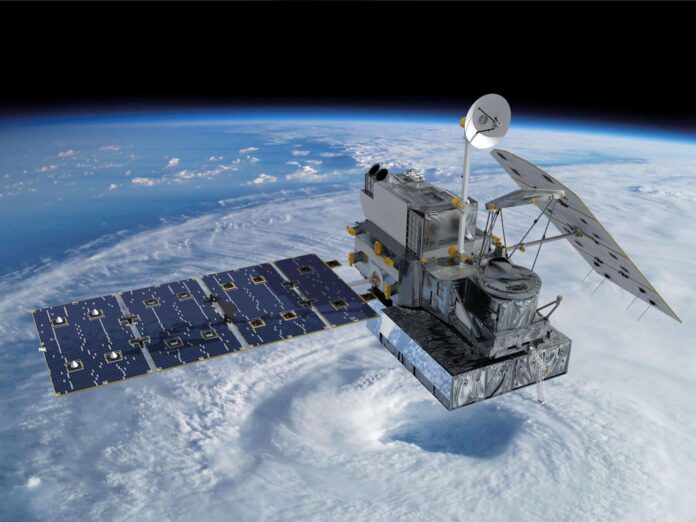 When President Trump addressed an assembled group of Marines in San Diego a few weeks back, he caught much of the media and the listening public by surprise when he talked about the potential creation of a “space force” to further assist America’s national security strategy. For most listeners, images of laser-gun-toting Marines and soldiers blasting bug-like aliens, like those in films such as “Aliens” and “Starship Troopers,” came to mind.

While an assembled force like that may happen in the future, the idea of a “space force” to better secure America and in particular the homeland is not at all unreasonable or far-fetched. In fact, it would be easy to argue that such a force already exists but is spread throughout America’s military.

It should be of no surprise that every military service unit – Army, Navy, Marines, Air Force, Coast Guard and National Guard – has significant portions of its 24-7 worldwide and nationwide operations that use, access, maintain and depend upon space-based assets. Today we also have the U.S. Space Command, which started in 1982 and has literally kept watch over the heavens for decades tracking every possible item orbiting us. That includes everything from foreign rocket launches, communications and spy satellites, and manned spacecraft to space junk and even fly-by meteors zipping by us in our cosmic neighborhood.

Real-time communications, GPS, imagery collection and more are all mission-critical functions that cannot happen without access to space or dependable orbital assets that deliver the goods instantly. There really is no debate anymore: Space is critical infrastructure. Holding and accessing the higher ground has always provided tactical advantages, but outside of our planet it is fundamental to our national security, our economic security and especially our homeland security.

A few weeks back, when the National Space Council assembled for its second public meeting at Kennedy Space Center, it probably caught a number of people off-guard to see DHS Secretary Kirstjen Nielsen and Assistant to the President for Homeland Security and Counterterrorism Tom Bossert sitting on the stage with Vice President Pence and other top government officials to talk space. The truth is, having them front and center with the other diplomatic, economic and military executives of our government was exactly where they needed to be. They are just as dependent on space as their longer-tenured government and military peers.

As a 21st Century society we absolutely take it for granted that our phones work, our computers are connected, our TVs carry the shows we want, our packages are tracked for delivery, our weather reports tell us about upcoming forecast changes – all in real time. None of those things and more are possible without access to space.

Whether we realize it or not, every satellite that orbits our planet has a real-time, life-or-death consequence to its successful and unencumbered operations. For decades, those satellites could easily be the size of an automobile, possibly even a bus. But today, we are launching constellations of satellites – many no larger than the size of a softball – that have real implications to life as well as security on this planet and each of its communities.

Protecting those orbiting assets, along with the ground stations and terminals, as well as their transmissions, software and code is just as important as protecting any other part of our electric grid, financial sector, public utility, healthcare or other terrestrially based critical infrastructure system. The reach of our lives and that of the homeland’s security goes far beyond the air, sea and land structures we use every day. If and when one of those satellites is compromised, whether because of its age, glitch/malfunction, space debris or solar flare, it can send a whole series of dominoes falling with real-world economic and security implications occurring.

Now imagine if that satellite or its transmissions are taken down by a nation-state or a rogue hacker, or if a nation-state decides to shoot a missile or use a microwave transmission to destroy it. That kind of assault only ramps up tensions and concerns to off-the-chart measures. It is a Pearl Harbor scenario of the orbital kind.

These are no longer the musings of science-fiction novels or James Bond films. Ten years ago, the Chinese military shocked the world when they launched a ground-based missile at one of their own satellites and destroyed it. As impressive as their anti-satellite test may have been in showing their mastery of orbital mechanics, the ability to knock out another country’s eyes in the sky (U.S., Russia, etc.), means you can render your potential military adversary blind with just a few strategic shots.

Furthermore, as we’ve seen headlines about our electrical grid and other infrastructure being compromised by Russia, Iran and other countries less than friendly to the U.S., it should be of no surprise to us when they do their utmost to render harm to our space-based assets whether by kill-vehicle (anti-satellite missile), malicious hacking or some other means.

Today’s “space force” is not as much military branches as it is the companies, engineers and other technical talent that designs, builds, maintains, operates and safeguards all of these assets from any number of risks. What was once an American-dominated marketplace now has real international competition from Russia, China, India, Japan, Israel and elsewhere. Some of those competitors are allies; a number are not. Regardless of who they may be, securing America’s role in space is every bit a homeland security priority. Its technical nature, complexity and interdependencies only rival that of the cybersecurity community. Any move you make in it has the potential to interconnect or interfere with another complex area in less than a nanosecond.

Which is why securing it – from all-risks – is paramount to the homeland.