While serving as Assistant Commissioner of the CBP Office of International Affairs, Saunders led multiple U.S. delegations to the WCO. 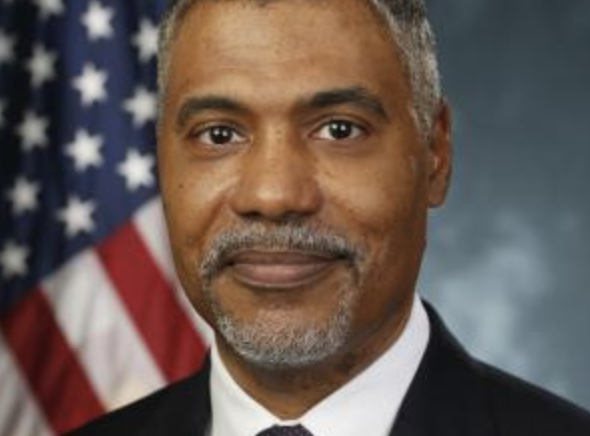 As the U.S. Government’s intended nominee for the WCO’s most senior-position, Saunders will stand for election at the June 2023 WCO Council meeting.  If elected by a majority of the 184 customs Directors General who comprise the Council, Saunders will become the first American official to serve as WCO Secretary General since 1999.

At an event Saturday in Brussels where the announcement was made, Deputy Assistant Secretary Saunders pointed to the WCO’s rich history of solving complex, global customs challenges as his inspiration to pursue the Secretary General position. Saunders discussed his intention to build on that tradition by accelerating implementation of existing WCO tools, harnessing new technologies, ensuring good governance, and further enhancing customs capacity building efforts.

“The global customs community finds itself at a critical moment.  Perhaps at no other time has customs’ central role in trade, and our well-being, been more clear.  The importance of the WCO is equally clear, as it will need to continue supporting its members as they manage pandemic-induced supply chain disruptions, respond to the effects of a changing climate, and prepare for other potential challenges,” said Deputy Assistant Secretary Saunders.  “As Secretary General of the WCO, I will focus on the organization providing thought leadership and tools that enable the global customs community to deliver a safe, prosperous, and inclusive future.”

Deputy Assistant Secretary Saunders has more than 30 years of experience in customs and international trade. He began his career at the former U.S. Customs Service in 1991 and worked his way up to leadership roles in the Senior Executive Service. While serving as Assistant Commissioner of the CBP Office of International Affairs, Saunders led multiple U.S. delegations to the WCO and chaired the organization’s influential Permanent Technical Committee from 2018 to 2020.

In his current position as Deputy Assistant Secretary at the U.S. Department of Commerce International Trade Administration, Saunders is responsible for developing programs, policies, and strategies to strengthen commercial cooperation in the Western Hemisphere. Saunders speaks Spanish and Portuguese and holds bachelor’s and master’s degrees from the Georgetown University School of Foreign Service.

CBP is the agency responsible for coordinating U.S. Government engagement with the WCO. The United States joined the WCO in 1970 and has been a leader in developing and implementing the SAFE Framework of Standards and other WCO tools that secure and facilitate international trade. Although the United States is an active participant in numerous WCO working bodies, a U.S. official has not led the organization since James Shaver of the former U.S. Customs Service served as Secretary General from 1994 to 1999.

The WCO is the independent, international body dedicated to improving the effectiveness and efficiency of customs administrations. The organization’s 184 members collaborate to establish standards and instruments that reduce the costs of international trade, facilitate the cross-border flow of essential goods, and protect society from unsafe products.