Hall is an El Paso native who began his career with the Office of Field Operations (OFO) in 2006 as a CBP officer assigned to the Port of San Ysidro, California. 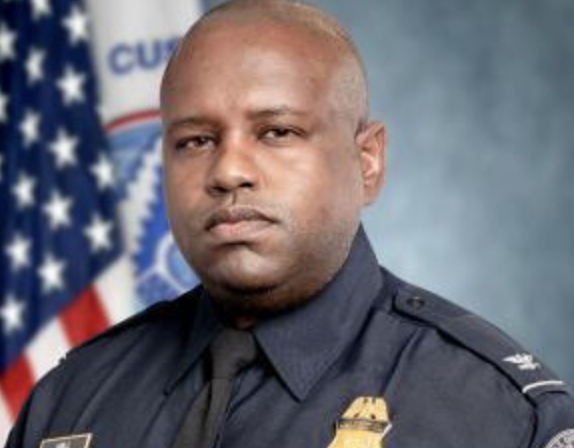 “This is a great honor to represent CBP and the port of Santa Teresa as the new port director,” said Tony Hall, CBP Santa Teresa port director. “The agency has entrusted me with a huge responsibility and I look forward to working with the local Santa Teresa/San Jeronimo community and with our fellow law enforcement agencies in southern New Mexico.”

As the Port Director, Mr. Hall will direct operations and enforcement activities and provide management and administrative oversight of CBP officers, Agriculture Specialists, and Canine Enforcement Officers working with the area port operations.  Mr. Hall provides guidance to the areas under his leadership through policy implementation and quality management.

“I am proud to work with the incredible team of dedicated officers assigned to the Santa Teresa port of entry.  I am confident that our team will meet the challenge and continue protecting our nation,” said Hall. “I am happy I was able to share this day with my family, friends and fellow officers.”

Mr. Hall will work to ensure that the agency’s primary mission of preventing terrorists or weapons of terror from entering the United States is accomplished on a daily basis. Mr. Hall is also responsible for all immigration issues related to the admission and exclusion of people applying for entry into the United States. He is also responsible for customs and agriculture inspections at the ports of entry to ensure that all goods and people entering the United States do so in accordance with our laws and regulations, while ensuring that they are efficient in their processing to support the global market place and the international tourism industries.

Mr. Hall is an El Paso native and proud UTEP Miner that began his career with the Office of Field Operations (OFO) in 2006 as a CBP officer assigned to the Port of San Ysidro, California. He has served in various leadership roles during his tenure, to include: Supervisory CBP Officer, the Assistant Port Director for Port of Columbus, Watch Commander at the Port of San Ysidro, Supervisory Program Manager in CBP HQ, Port Director at the Port of Columbus and most recently, the Director of Border Security for the National Security Council in Washington D.C.

CBP Field Operations in 2008 adopted formal change of command ceremonies as another way to unify the workforce and highlight the agency mission.  Since its inception in March 2003, CBP has developed and implemented standards, policies and symbols to advance the internal and external recognition of the agency and to demonstrate the strides the agency has made as the guardians of the nation’s borders.  The change of command ceremony is designed to meet those goals.