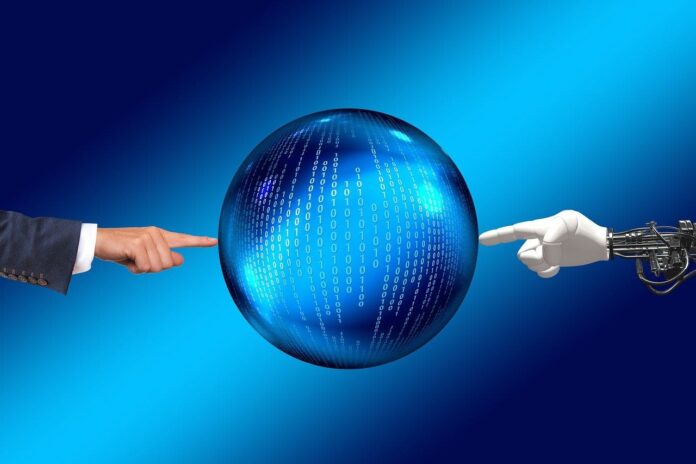 America has to act quickly to keep up with the pace of accelerating artificial intelligence innovation as “adversaries are determined to turn AI capabilities against us” and “China is determined to surpass us in AI leadership,” the final report from the National Security Commission on Artificial Intelligence said.

“The United States should invest what it takes to maintain its innovation leadership, to responsibly use AI to defend free people and free societies, and to advance the frontiers of science for the benefit of all humanity,” the report said. “AI is going to reorganize the world. America must lead the charge.”

The commission was established in the National Defense Authorization Act for Fiscal Year 2019 “to consider the methods and means necessary to advance the development of artificial intelligence, machine learning, and associated technologies to comprehensively address the national security and defense needs of the United States.”

“The ability of a machine to perceive, evaluate, and act more quickly and accurately than a human represents a competitive advantage in any field—civilian or military. AI technologies will be a source of enormous power for the companies and countries that harness them,” the report said. “Second, AI is expanding the window of vulnerability the United States has already entered. For the first time since World War II, America’s technological predominance—the backbone of its economic and military power—is under threat. China possesses the might, talent, and ambition to surpass the United States as the world’s leader in AI in the next decade if current trends do not change.”

“Simultaneously, AI is deepening the threat posed by cyber attacks and disinformation campaigns that Russia, China, and others are using to infiltrate our society, steal our data, and interfere in our democracy. The limited uses of AI-enabled attacks to date represent the tip of the iceberg. Meanwhile, global crises exemplified by the COVID-19 pandemic and climate change highlight the need to expand our conception of national security and find innovative AI-enabled solutions.”

As it stands today, though, government is “not organizing or investing to win the technology competition against a committed competitor, nor is it prepared to defend against AI-enabled threats and rapidly adopt AI applications for national security purposes.”

Attaining the appropriate AI posture “will be expensive and require a significant change in mindset,” the commission notes.

“Defending against AI-capable adversaries operating at machine speeds without employing AI is an invitation to disaster. Human operators will not be able to keep up with or defend against AI-enabled cyber or disinformation attacks, drone swarms, or missile attacks without the assistance of AI-enabled machines,” the report continues. “National security professionals must have access to the world’s best technology to protect themselves, perform their missions, and defend us.”

The government “needs to stand up a task force and 24/7 operations center to confront digital disinformation,” “better secure its own databases and prioritize data security in foreign investment screening, supply chain risk management, and national data protection legislation,” and “leverage AI-enabled cyber defenses to protect against AI-enabled cyber attacks. And biosecurity must become a top-tier priority in national security policy.”

To prepare for the future of warfare, the commission recommended that the Defense Department “establish the foundations for widespread integration of AI by 2025” and “achieve a state of military AI readiness” in the same timeframe.

To reduce the risks associated with AI-enabled and autonomous weapons, “the United States should (1) clearly and publicly affirm existing U.S. policy that only human beings can authorize employment of nuclear weapons and seek similar commitments from Russia and China; (2) establish venues to discuss AI’s impact on crisis stability with competitors; and (3) develop international standards of practice for the development, testing, and use of AI-enabled and autonomous weapon systems.”

The Intelligence Community “should adopt and integrate AI-enabled capabilities across all aspects of its work, from collection to analysis,” and national security agencies “need more digital experts now or they will remain unprepared to buy, build, and use AI and associated technologies.” The government should also build confidence in AI with a focus “on ensuring that its AI systems are robust and reliable.”

The commission called for the White House to establish a new Technology Competitiveness Council led by the vice president “to integrate security, economic, and scientific considerations; develop a comprehensive technology strategy; and oversee its implementation” and called for a National Defense Education Act II and a comprehensive immigration strategy for highly skilled immigrants to address the talent deficit.

“The government should: (1) double non-defense funding for AI R&D annually to reach $32 billion per year by 2026, establish a National Technology Foundation, and triple the number of National AI Research Institutes; (2) establish a National AI Research Infrastructure composed of cloud computing resources, test beds, large-scale open training data, and an open knowledge network that will broaden access to AI and support experimentation in new fields of science and engineering; and (3) strengthen commercial competitiveness by creating markets for AI and by forming a network of regional innovation clusters,” the report said, adding that “the United States must recognize IP policy as a national security priority critical for preserving America’s leadership in AI and emerging technologies.”

The commission also called for the establishment of a Multilateral AI Research Institute “to enhance the United States’ position as a global research hub for emerging technology.”

“The United States must therefore develop a single, authoritative list of the technologies that will underpin national competitiveness in the 21st century and take bold action to catalyze U.S. leadership in AI, microelectronics, biotechnology, quantum computing, 5G, robotics and autonomous systems, additive manufacturing, and energy storage technology,” the report said. “U.S. leadership across these technologies requires investing in specific platforms that will enable transformational breakthroughs and building vibrant domestic manufacturing ecosystems in each. At the same time, the government will need to continuously identify and prioritize emerging technologies farther over the horizon.”