PERSPECTIVE: How Do We Deter Terrorists? 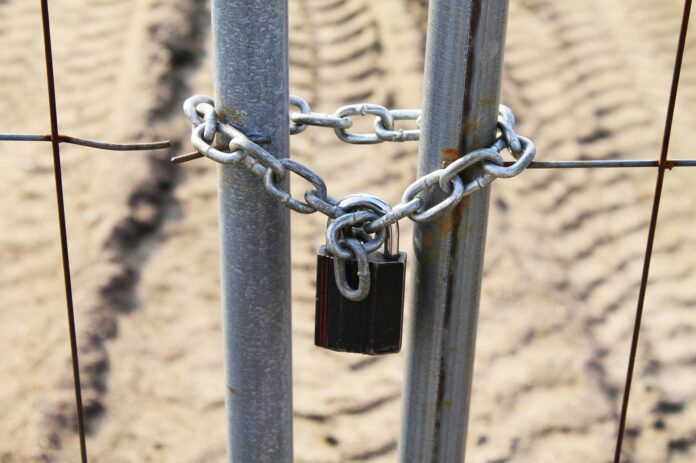 HSToday reached out to our community to discuss deterrence and its use in practical applications in law enforcement, counterterrorism, border control and other areas where it plays an instrumental role in helping to secure the nation. This piece is the first of two from military expert Alan Dugger, who sets the stage for understanding asymmetric deterrence. Stay tuned for more on this important topic from our esteemed contributors.

By the end of the Cold War, deterrence as a military strategy had a good reputation. From the end of World War II to the collapse of the Soviet Union, the great powers did not fight a direct war. The effortless logic of deterrence gave it further appeal: if you do X, I’ll do Y; if you don’t do X, I won’t do Y. Finally, with the perception that nuclear war could only result in mutual destruction and the growing comfort of the two great powers with their positions in the international system, neither power had an incentive to risk direct war.

Deterrence theory has an even longer history in our justice system. Punishments enumerated in criminal law rest on one of three justifications: retribution, reform, or deterrence. In the law, deterrence follows the same logic as it does in military strategy: if you break the law, the state will punish you; if you do not break the law, the state will not punish you. Unlike Cold War deterrence, the severity of punishments does not have a simple correlation with the rate of crime.

Thus, we have a mystery. The underlying logic of deterrence in military strategy and criminal law is the same. The outcomes could not be more different: success versus ambiguity. Why?

The Cold War featured one unusual condition and one unprecedented. After decades of competition amongst multiple great powers, the number of great powers reduced to two: the United States and the Soviet Union. As Ken Waltz famously argued, that left a world system in which the balance of power between competing camps would not change by a defection from one camp to another. By the late Cold War, the two great powers had settled into comfortable positions, which benefited both, and change posed only risk.

The unprecedented feature was a change in the technology of war. For the first time in human history, each great power believed that it could annihilate the other and would be annihilated in return. Strategic nuclear weapons, a credible second-strike capability, and no fielded defense led to the doctrine of mutual assured destruction. With no perceived chance of success, the consequence of annihilation, and a beneficial status quo, neither the United States nor the Soviet Union had an interest in a great power war. Sensing this, the great powers took steps to prevent accidental use and to maintain the belief in mutual destruction.

Change in the world order would now come only from within. The Cold War ended not in fires of nuclear annihilation but the internal failure of the Soviet Union, as the architects of containment had planned.

Most people are honest enough, but retail stores must be on the lookout for potential shoplifters. In principle, laws against theft should deter shoplifting and follow the same logic as deterrence in military strategy: if you steal from a store, you will be sent to jail; if you don’t steal, you won’t go to jail.

What’s the problem? Deterrence assumes that the clever thief weighs the expected benefit against the expected harm. An easily concealed, valuable piece of merchandise may present little risk of getting caught, which lowers the expected harm. If the thief does not fear getting caught, no threats will deter the thief. Since shoplifting is a lower priority for most law enforcement, the store must take on the costs of catching potential thieves. Hence the overt measures that you see in stores.

The thief must also fear the expected punishment. For most of us, the possibility of a criminal record alone is a sufficient threat: even if we do not serve a day in jail, we might lose our jobs, which would ruin our lives. Someone with an established criminal record has nothing more to lose in that regard. Even a short stay in jail may not seem like much harm to someone, depending on their conditions.

What should the store to do? The store could make it more likely that thieves will be caught. Given limited law enforcement resources and different priorities, the store is likely to take its own measures. This starts an implicit bargaining process between the potential thief and the store in which the store must bear more and more costs monitoring its customers and employees. In that process, the store weighs the costs of monitoring against profits. The store has no incentive to stop all theft: it has an incentive to keep the costs of theft low enough to remain profitable.

This is not just a struggle between the store and the potential thief – the store’s customers and employees are also involved. For example, theft prevention measures affect customer experience. How many people want to go to a store that takes their bags or searches them before leaving? This was common before theft detection systems became cheap and available. Customers were often offended and would shop elsewhere. Thus, another cost to the store is the effect of their monitoring efforts on potential customers. (Employees will feel similarly.)

Since the police have limited resources, they must weigh the costs of devoting officers’ time to looking for thieves at the store against all of police officers’ other priorities. The store may receive some help – possibly an occasional walk through by a patrol officer – but it is unlikely to get significant help unless the merchandise being stolen has a greater social importance such as precursors to illegal drugs.

The store could lobby the legislature to increase the punishments for theft. How much of an increase is necessary to deter theft? The expected harm – which is a function of the chance of getting caught and the punishment imposed – must outweigh the expected benefit. The tempting approach would be to make the punishments extremely harsh: perhaps maiming the thief, the death penalty, life in prison, etc. Not only does this increase costs for the justice system but it is likely to run afoul of other considerations such as the equivalence of punishment and crime or the necessary political consensus to impose the punishment.

Shoplifting is petty theft. If all petty and major thefts carry severe punishments, the thief has an incentive to commit major thefts. Thus, the law creates a perverse incentive: those willing to steal have an incentive to steal much more valuable merchandise. Escalation results.

For its part, the government must maintain political consensus to enforce the punishments. If legislators or the voting public oppose the harsh punishments on moral or other grounds, political opposition may lead to repeal or signal an unwillingness to impose those punishments, especially in the case of a sympathetic accused such as someone who steals bread to feed her starving children.

Deterrence as a military strategy and a crime prevention strategy have the same, simple underlying logic. But nuclear deterrence presents easily whereas deterring crime appears far more complicated. Why?

Cold War nuclear deterrence was a special case of deterrence. The conditions under which nuclear deterrence was adopted made it unnecessary to consider the complexities in the shoplifting example. During the Cold War, there was no fielded defense against strategic nuclear attack and the perceived outcome was mutual destruction. Those combined with a bipolar international order in which the two great powers had more interest in keeping the status quo rather than risking war led to a conceptually simple strategy.

In the case of shoplifting, those simplifying assumptions do not apply. The store and the potential thief weigh the risks of their actions, which leads to rounds of implicit bargaining. In that process, the store and the potential thief have asymmetric interests. The store has a general interest in keeping theft below an acceptable threshold but has less of an interest in stopping any particular theft. By comparison, the thief has more of an interest in each theft. Thus, the thief has an advantage. By comparison, the United States and the Soviet Union had the same thing at stake during the Cold War: their existence.

One final note: The fundamental assumption of deterrence logic is that states and people seek to maximize benefit and minimize harm. As any defense attorney will tell you, this reasoning process does not describe many criminal defendants. Thus, we must use caution generalizing from the special case of nuclear deterrence to general deterrence.

We will return to this second assumption in a companion piece, which extends this discussion to terrorism. The cases of Cold War nuclear deterrence and shoplifting assume that the state and the shoplifter can be treated as single actors. As we examine that assumption, the alluringly simple logic of deterrence gives way to greater complexity.

Alan Dugger
Alan Dugger works for the Department of Defense, where he has taught on the subjects of military strategy, asymmetric warfare, and conflict in South Asia. Alan is a veteran of Afghanistan. Before serving in Afghanistan, Alan completed a Ph.D. in Government at the University of Virginia. The views expressed in his contributions to Homeland Security Today are those of the author and do not reflect the official policy or position of the Department of Defense or the United States Government.